Gobble Until You Wobble, But Not Literally

Caring For Your Sunburnt Feet

Exposure to the sun is, at times, unavoidable. Prolonged...

Can I walk on a broken foot?

Unlike a broken ankle which can cause immobility, a...

What are the best shoes for bunions?

The number one rule in bunion care is to...

When should I seek wound care for a diabetic ulcer?

Because diabetes weakens your immune system and causes poor...

How often should I perform a diabetic self-foot exam?

If you have diabetes, it is essential to make...

As we prepare for the Thanksgiving holiday we always think of the things we are thankful for. One thing that will hamper one’s Thanksgiving is gout. Gout can flare up after a large Thanksgiving meal. Gout affects more than 8.3 million people in America and the number has continued to rise over the last decade. Gout is caused by an increase in uric acid in the body. More than 70 percent of people who suffer from gout experience their first gout attack in their great toe (the big toe ). Though gout attacks are not always 100% preventable, there are certain foods you can avoid to decrease your chances of having an attack. This isn’t always easy, especially when you are gathered with family. A table full of high-fat foods and alcohol can exacerbate gout attacks.  Below is a list of some foods that you will want to avoid. These foods are high in purines, a chemical that helps create uric acid. 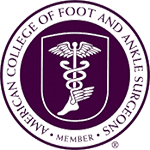